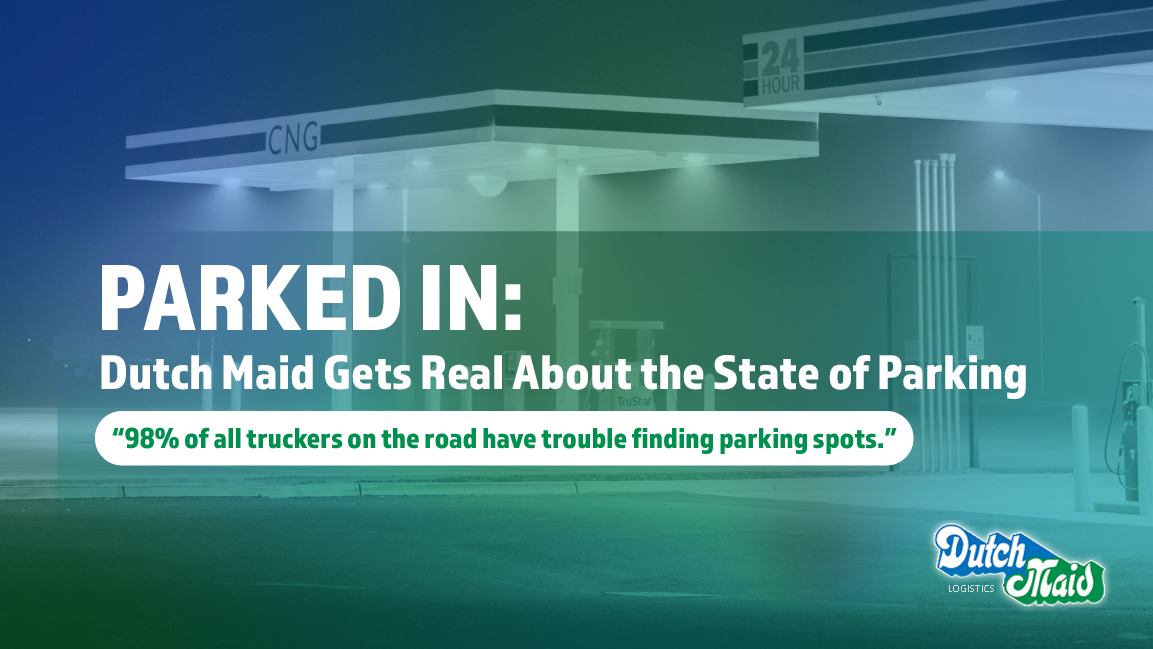 18 Jun Parked In: Dutch Maid Gets Real About the State of Parking

Statistically, a staggering 98% of all truckers on the road have trouble finding parking spots.

At Dutch Maid, we value driver concerns, and we want to highlight a central industry issue that we’re happy to report has been garnering public attention and legislative visibility, recently:

It’s estimated by the American Trucking Associations that nationwide there are a little over 300,000 spots available for around three million drivers. It’s granted drivers run different shifts and routes, but nonetheless, the numbers paint a vivid picture of the need for more parking in the United States.

And according to The Trucker, the issue isn’t getting any better: The Federal Highway System Administration estimates that tonnage is set to grow forty percent in the United States in the next thirty years. Although that is exciting news for the economy, it spells trouble for the trucking industry if the parking issue isn’t substantively addressed.

With this in mind, the U.S. House of Representatives has introduced legislation to fund up to $755 million to help states finance projects that would increase the nation’s number of truck parking spaces.

According to the ATA parking is on the top 5 concerns of both truckers and carriers. Among commercial carriers, parking was ranked as a shocking second greatest concern for them in the industry. Drivers know that all the time they spend looking for parking spots translates into essentially lost wages.

Naturally, parking ranks higher among drivers than for carriers. But the average carrier also knows that difficult parking for drivers costs their companies: The average driver spends an hour every single day trying to locate parking. That’s time off of Hours of Service that can’t be spent toward deliveries or refreshing road-weary drivers.

Difficulty parking is so impactful that it shapes some drivers’ careers– the most experienced, road-tested drivers won’t accept certain routes because of parking issues. With areas of the country like New York and Chicago being the worst offenders, some drivers even factor in parking tickets as an expected expense of driving a truck.

Recently, parking legislation has garnered greater attention following the enactment of Jason’s Law, which has dominoed a series of state and federal laws toward helping drivers to find safer parking.

Although we at Dutch Maid recognize the ongoing and urgent need to improve parking, we’re excited that the issue is receiving the attention it deserves at a Congressional level. We value our drivers’ time and safety deeply, and it was important to us to highlight both the present need and the movement toward a more driver-friendly parking atmosphere.

We hope that in the future, today’s voices about the parking crisis represent the end of being “parked in.”